The Spanish Film Festival Manila (Pelikula – Pelicula) opened this week and will go on for 11 days with the last day on Sunday, October 14. The Fiesta de Pelicula is not only about Spanish film but about films in Spanish. So the 18 film line up are from different region in Spain as well as Latin America.

I’ve always been fan of foreign films and have joined several run of Cine Europa and French Film Festival. Pelicula is on its 11th year but it’s the first time for me to take part. I have so many interests (obvious understatement) so some have to take backseat sometimes.

I’m really excited this year because I’ve picked up Spanish language while traveling Latin America for 7 months (5.5months in Spanish Speaking countries).  While I’m lightyears away from ranting about the cybercrime law in Spanish, but I’m beyond asking for cervezas and  podemos la cuenta por favor! Watching the film today brought me back to my travels where Spanish was the default language for a while.

So go and get some. Below is the complete screening schedule. Clicking it will open the official Pelicula website for film synopsis and other activities. Ticket priced at Php 65 (±1 Euro). Available at the cinema ticket counter or through Ayala http://sureseats.com The film festival is organized by Instituto Cervantes Manila, Embajada de España en Filipinas and the Film Dev Council of the Philippines. Watch 5 or more films and take part in the voting for the Audience Choice and get the chance to win a return ticket to Madrid via Qatar Airways. I’m watching about 8 films and will review them next week and reveal which one I’m voting for.

See you at the cinema! 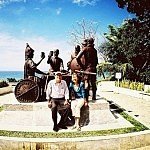 Wow Bohol – the country side tour 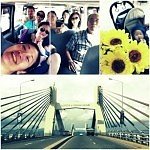 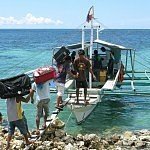