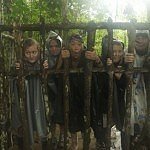 The Amazon is as mystical to me as Asia is to the Westerners. Young people today would associate the name to the online mega shop. But when I was a kid, Amazon was this far-away land ruled by all women warriors, the Amazonas. It was this massive jungle where explorers particularly men mysteriously disappear, either eaten or made as slaves. To prove how exotic it was to us, when I told my family that I’m going to the Amazon, my sister made me promise to not get lost in the jungle. 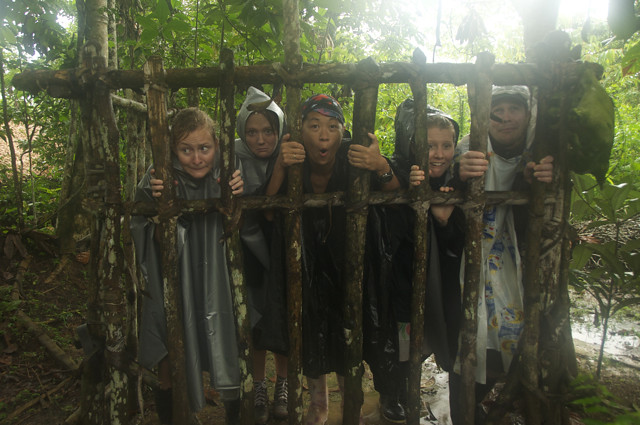 Coming to South America, I didn’t think the Amazon would be part of my trip. But then again, if you’ve been following me, you know that I really don’t have a plan. I have rely greatly on recommendations of people I met along the way, either fellow travelers or locals. So far, after almost 300 days, I think this “no plan” has been a great plan as my journey has been nothing short amazing!

Actually, I forgot that the Amazon is in South America or I would have made it part of my “relax” itinerary, like the carnival in Brazil. But as the vast Jungle is bordered by 9 countries (I can name them all by heart), it’s inevitable to encounter it at some point. I was there at the first country I was in, Colombia.

Leticia, located on the southern tip, is Colombia’s port to the Amazon. It has border to both Peru and Brazil, this convergence known as the Tres Fonteras. It is why I get there in the first place. I was looking for another way of going to Brazil beside flying. It was really expensive to fly from Bogota to Salvador at USD600. My flight from Bogota to Leticia was USD104. Note that there is an arrival fee of COP19,000 (USD10) at Leticia Airport.

I generally prefer the aile seats but on this trip, as everywhere I go is new, I take the window seat whenever possible. This flight has got to be the best arial view of all. It’s like looking down a sea of broccolis, the vegetable, yes. The landing is really fun. You look out the window and you think your plane is crashing into the jungle because you don’t see the landing strip until couple of minutes before hitting the ground.

Of course it was raining when we arrived. I’m no stranger to rain and humidity coming from the Philippines, and I can tell you I’m not a fan. But somehow this sporadic rain in the Amazon is quite nice. I think it’s because the sky is still bright when it rains, and often with the sun out drying you almost immediately. Very unlike the gloomy, cold rain in Europe.

I stayed at Hostel Jangada(Carre 9, No. 8-106, Leticia, Colombia Tel:311-4985447) where I met some nice people, who interestingly enough I end up traveling with separately on different places in Brazil. The hostel is clean but everything smells a bit of mildew which I have accepted as part of the deal being in the Amazon. The air is so heavy with humidity that you can almost drink it! Marta, the girl who runs the place is really friendly but doesn’t speak English. This is actually a turning point for me when I found I can have some kind of conversation in Spanish, mas o menos. This is a little over 2 months since I arrived Latin America.

Oh yeah it’s true there are mosquitos. I heard about it and so I came prepared.

I was not attacked like the girls I’m traveling with I think mainly because of the Tiamina. Even if the mosquitos are not biting, I heard them constantly around my ears which is really irritating.

Things to Do in Leticia

Leticia is a nice little town and an important port, but there aren’t much for tourists. It serves as a jump off point for people doing jungle tours or crossing the river to Brazil or Peru. But when in between these, here are a couple of things you can do in Leticia.

An ecological theme park located at the KM7 in Leticia, Mundo Amazonico is worth a visit before delving into the real thing. In this 29 hectare land, you’ll find impressive variety of flora native to the Amazon. The easy 3 hours walking tour around this makeshift jungle is both interesting and educational. You’ll learn about the unique characteristic of Amazon soil and various functions of the plants for the animals. Raincoats and boots will be provided but bring your mosquito repellant.  Tours are available in English. The park recently received an award by the government for sustainable biodiversity. It’s not cheap at 30,000COP (15$) but it’s worth it. You will also meet their adorable pets which were saved from captivity. 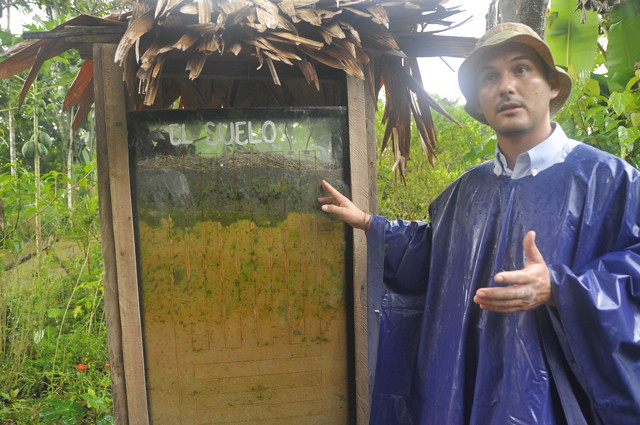 water pitcher for the animals in the jungle. it’s amazing how much water this flower holds. 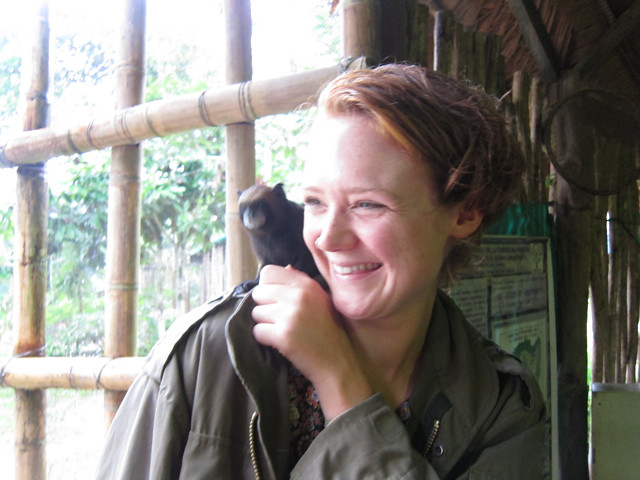 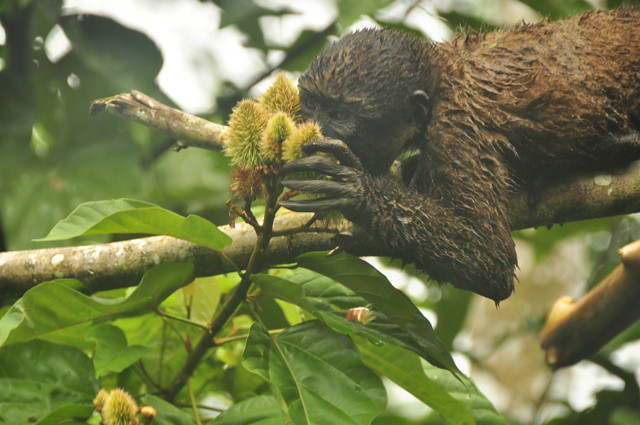 Pepe, the guest relation officer or MA, greets visitor at the entrance

A popular restaurant in the area where they serve exotic amazon dishes like worms and piranha. No pink dolphins, I asked. :D It has a kitschy funky interior which is quite interesting.

what do you want to go with your salad today?

These little places where you can drink exotic fruit juices (jugos) only available in the Amazon like Copoazu and Açai. One of the girl I met was on a quest to try all of them and has a little book like those of wine connoisseur to rate them. 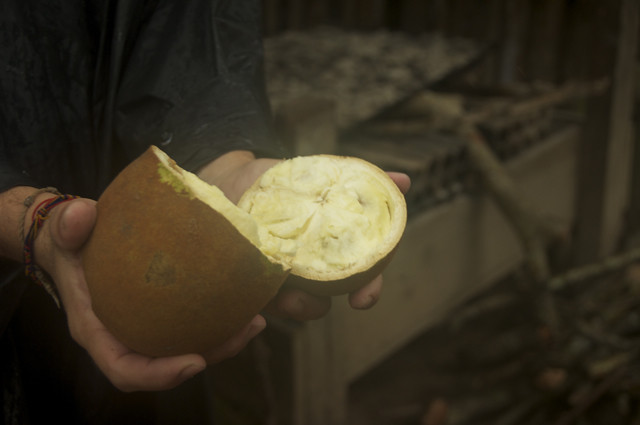 There’s a park around the area. I forgot the name but Leticia center is not that big. If you go in the afternoon about 5,00pm, you will find beautiful birds resting on the trees. It’s such a pleasant sight for me since it was new to me to see colorful birds outside a pet shop or a bird sanctuary. We shrieked with excitement when we saw one on a telephone wire for the first time.

The Amazon is amazing! It definitely should be on your bucket list. Wait til I tell you about the jungle tour. Don’t hold your breath, but I promise it will be soon. :D 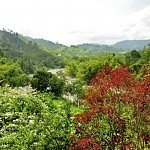