10 Things I Wish I Knew Before Going to Ethiopia My husband Zach and I went on a 6-week journey around the Eastern side of Africa, traveling from Egypt ⭢ to Uganda ⭢  to Rwanda ⭢ to Kenya ⭢ and Ethiopia.

Ethiopia on Your Bucketlist?

Ethiopia was never on my travel bucket list but it was on Zach’s. Who can blame him? Ethiopia is so mysterious, so old, so original. They are also reported to be one of the fastest-growing economies in the world today.

Ethiopia is one of the few countries in the world that was never (successfully) colonized which makes their culture pure. They have World Heritage Sites that are some of the oldest in the world (6 AD); that are still being used and have never been restored. Ethiopian food is very unique and raved by foodies around the world.

So many things to look forward to and yet, unfortunately, we did not have the best time there. All the positive things we were looking forward to were ruined by being unprepared, as we mostly researched food and sites to visit.

To prevent this from happening to you, here are my top 10 things I wish I knew before going to Ethiopia

Walking on the street at 11 am, a teenage boy pinched my arm really hard to get me all riled up. I scolded the boy while another boy must have stolen the phone from my pocket. I realized it 2 seconds later, but the boys disappeared so quickly! Argggh!

We learned that thieves employ several tactics for distraction to steal your phone, bag, or anything. What happened to me is a popular ploy as it is the same one that happened to Ronnie.

So be vigilant with these kids on the street as they will distract you with various gimmicks like faking a brawl in front of you, so you may hang around to watch, thus creating an opportunity for them.

2. English is Not Common

Not a lot of people speak English, not even the police, which made it very hard for me to get a police report. The language they speak is called Amharic and I could not recognize ANY word even when I try hard to listen. There are no words that sound Latin, only modern words I recognize that come from English, like insurance.

I don’t know why I thought Ethiopia would be cheap. But it’s far from that. A short 1 km taxi ride with the RIDE app (android/apple) costs around 4 USD (PHP 200). Mobile internet is expensive as well, 16 USD (PHP 800) for 4 GB. The internet is very fast though. Cheapest souvenirs like a keychain cost 4 USD (PHP 200).

Ethiopia has so much to showcase but is still really raw. There are small efforts to boost tourism like new roads and hotels, but they are still far behind in being tourist-ready. There isn’t much tourist infrastructure to protect the tourists from small-time robbers and scamming tour agencies (which deserves a separate post on its own). There are no regulations in climbing a dangerous mountain (ex: Abuna Yemata) with NO harness or any safety precaution. So be very careful in choosing and booking your tours!

Ethiopia still has the highest poverty rate, even if it’s one of the fastest-growing economies in the world; success has yet to trickle down to the lower social classes.

Beggars are a common sight on the main streets. Some of the things the kids ask for are pens and empty water bottles. If we knew they wanted pens, we could’ve brought some to give to the kids. Since I don’t like giving money, something I also practice in the Philippines, I gave our leftover biscuits.

I was surprised though they wanted our empty plastic bottles? I don’t know what they use them for because plastic bottles are littered EVERYWHERE. As mentioned on #4, the country is not prepared for tourists, which means the sudden increase in bottled water consumption created a lot of trash. I brought back the bottles we consumed so as not to add to the mess. But there is no provision for recycling; well not even a plan to keep them off the ground; No clean-up effort.

One good thing in Addis Ababa is that ATMs are everywhere! You can easily withdraw money. However, make sure you only withdraw what you need because it is close to impossible to get rid of your excess Ethiopian Birr (1 USD = 30 ETB).

I know because I got 200 USD worth of ETB as a refund from a tour agency (who most probably scammed me of my USD), and we almost missed our flight out trying to spend it at the airport! The Forex place at the airport will not buy back their own money. The Duty-Free shop does not accept ETB, except if you buy coffee beans, which cost 3x more expensive when you buy in the city.

If you have a meeting in Ethiopia, make sure to double-check the time and date. That’s because they use a different calendar, which is around 7-8 years behind our regular calendar.

For example, my phone was stolen on November 4, 2019, but on the police report, it says 27/02/2012. Their new year usually lands around September 11 our date, which means, when we arrived in November, they just had their New Year celebration.

The time is also confusing because they don’t follow the standard GMT. In GMT format, Ethiopia is +3. However, in Ethiopian time, the sunrise is at 1 o’clock, which is equivalent to 7:00 am GMT+3. It’s really confusing!

If you are dealing with people in the tourism industry, then they would know our regular date and time, but in dealing with other people, you better double-check before committing to a time and date.

Addis Ababa is located 2,400m above sea level. It is very possible to get high altitude sickness. I found myself catching my breath after a few meters of walking; a nagging headache that won’t go away and sudden onset of diarrhea (TMI). It took me 2 days to get acclimatized.

The last 2 on this list is not a negative thing that you have to prepare for. I just want to share that I find them interesting and that you shouldn’t miss it.

Injera is a spongy crepe that is used both as a plate and utensil. Their saucy food is poured over it and you eat it with your hands. This is the popular thing that you always see when you search for Ethiopian food online!

It is easy to be vegetarian there but they also eat a lot of meat; not just cooked but also raw meat. Not that I find eating raw meat strange, but it’s the way they are sliced! They are in cubes (like kaldereta cut, haha) unlike the thinly sliced sashimi in Japan or minced like Steak Tartare in France.

Ethiopia does not have desserts. Coffee is basically their dessert. They are the 5th biggest exporter of coffee in the world. The way they traditionally prepare their coffee locally is very bitter. They roast coffee beans on the spot and roast them EXTREMELY DARK. They then boil it into a thick Chinese medicine-like texture which is impossible for me to drink without A LOT of sugar!

But there are modern coffee shops that prepare coffee the way we are used to, such as this awesome coffee shop we went into called Barista’s Coffee. It’s located in the Bole area of Addis Ababa which serves really affordable coffee (1 USD) for very good quality. Try their Honey Macchiato!

Ethiopia has very good beers! I tried several and they’re all good but these 2 are my favorites.

We were very pleasantly surprised by the dance culture of Ethiopia! It is very distinct from other cultures! Dance moves usually require flexible hips to show your sensuality, but in Ethiopia, it’s their shoulders! It’s called Eskista. I mention this because we only chanced upon watching a cultural show, and it was not part of our research but we really think that this should be part of your itinerary to see. We went to the restaurant called Yod Abyssinia which serves traditional Ethiopian food at a reasonable price.

So there you go! The 10 things I want to tell you about Ethiopia before you go. Filipinos are one of the countries eligible to apply for eVisa to visit Ethiopia. 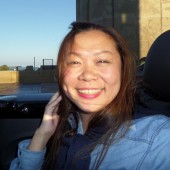 is a multitasker extraordinaire ?, traveller ✈, foodie ?