Finally I was able to do what a tourist came to Rome to do!

Colosseum was my mission 4 years ago. I thought if I had one day in Rome and cannot go to the Vatican (which is technically not Italy, I know), I want to at least see the Colosseum but I wasn’t able to since my Rome exploration was cut short by the accident. So this time, it was the first thing I did. 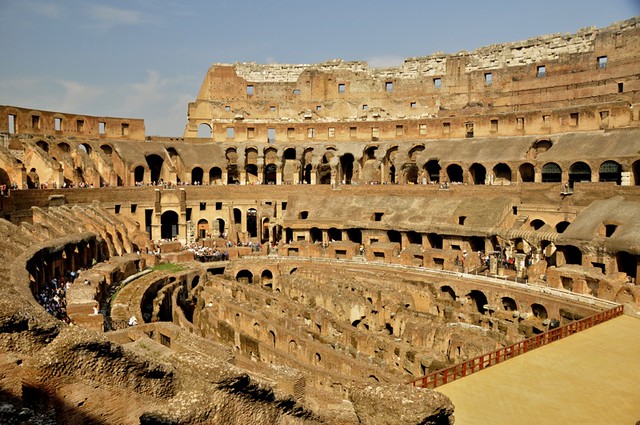 Colosseum is an amphitheater built to use for gladiator fights and other spectacles for the people’s entertainment during the 1st century. Later in the medieval times when the priority of the empire changes, the Colosseum was actually slowly ruined, the stones were taken to build churches. Fortunately it has not completely vanished and we still have a grand ruin to admire. 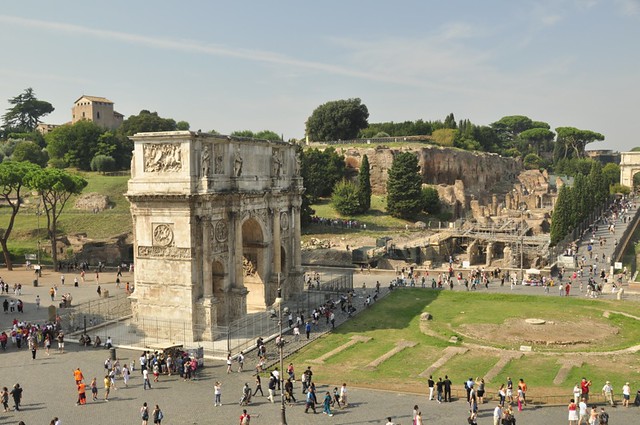 It’s one of the most popular tourist attraction in Rome but curiously it is not so difficult to go in to. It can be confusing and overwhelming as many people will offer you tours but just go directly to the ticket booth. The ticket costs 12 euros and with additional 5 euros for a guided tour, you don’t have to be in queue, which is what we did. It’s better to have someone tell you the stories anyway. This ticket is also valid on the same day for the Palatine beside the Colosseum. 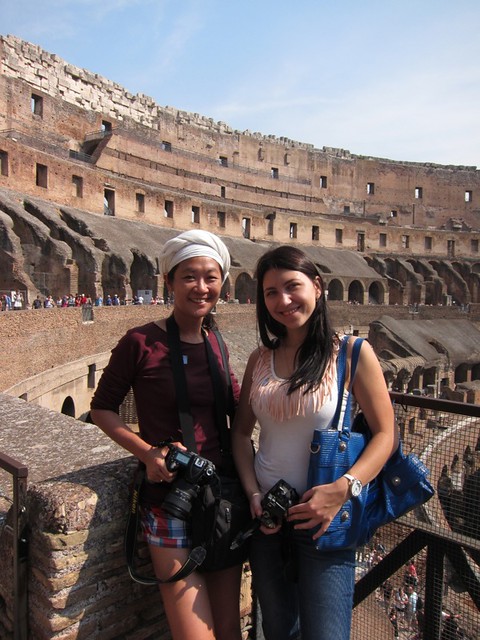 with Alissa, my travel mate in Rome

I’ve skipped a bunch of museums while on this long travel but the Vatican Museum is not one of them for sure. It was the first tour I booked when I got there. I didn’t have so much time in Rome as it is quite an expensive city and my Schengen visa is running out and there are a few places I still want to go to. I’m meeting 5 more friends in 5 Schengen countries and I just booked a flight to Morocco to stop my visa, which I will explain later in more details. It’s not morocco all inclusive holidays for families but it will be an interesting trip I’m sure.

I booked a tour with When in Rome tour company. It’s pricey at 30euros but it’s 4 hours walking with an enthusiastic, friendly, and knowledgeable guide. We only saw the highlights as you will have a lifetime and not see everything. My room mate did it for 45 euros so I think I got a good deal.

Vatican didn’t feel so “Holy”. Unlike my experience in Jerusalem, the Vatican feels more like visiting the Palace of Versailles. It is so rich you can smell it. “If it looks gold, it is gold.” our guide pointed out. And you practically need a sunglass walking through the masterpieces. But it is crazy to imagine walking the steps Michelangelo did and admiring the works he saw. 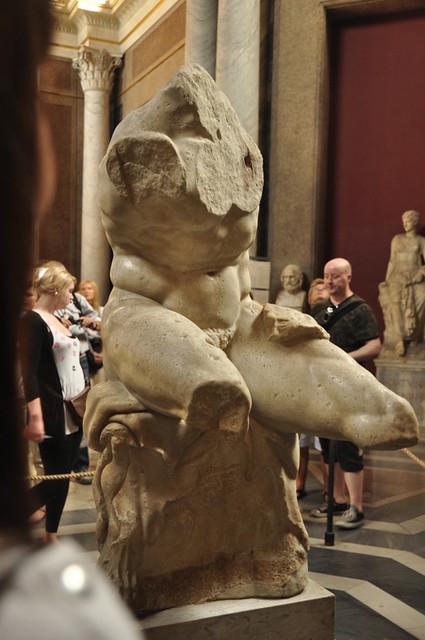 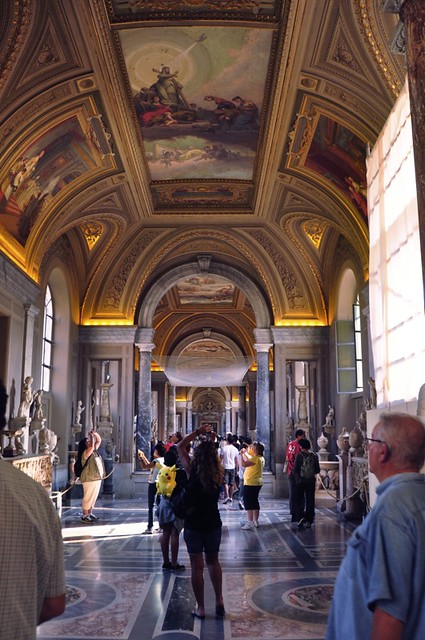 You do learn a bit about Michaelangelo and his relation with the pope in this tour. Hint: not a good one. It was told that he was the most popular sculpture in this time after making the Pieta, displayed in St Peter’s Church, and the pope commission him to the ceiling of sistine chapel and he wasn’t too happy about this but it’s not a project u can say no to. 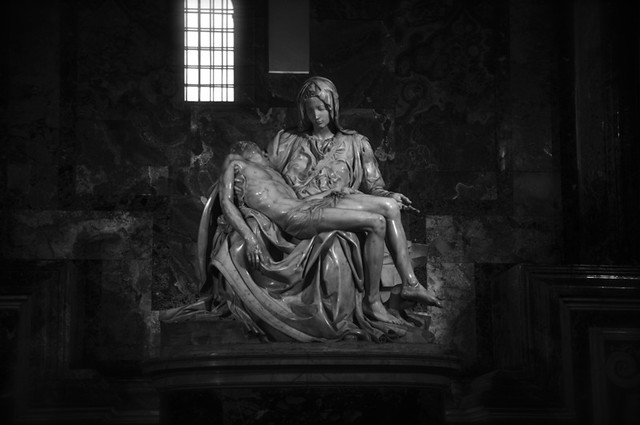 Pieta behind a glass case

The tour starts with all visitors going through security check, you go through the various rooms of the museums, then to the Sistine chapel, then finally comes out the St. Peter Square. What I love about the Vatican is that you are allowed to take a picture of almost everything paintings, sculptures, tapestries, etc–the only restriction is the the Sistine chapel, which makes people want to try with their camera phones, but the guards are very strict and would not hesitate to shout at you or escort you out.  At the end of the tour, don’t forget to go up the dome. Take the elevator o 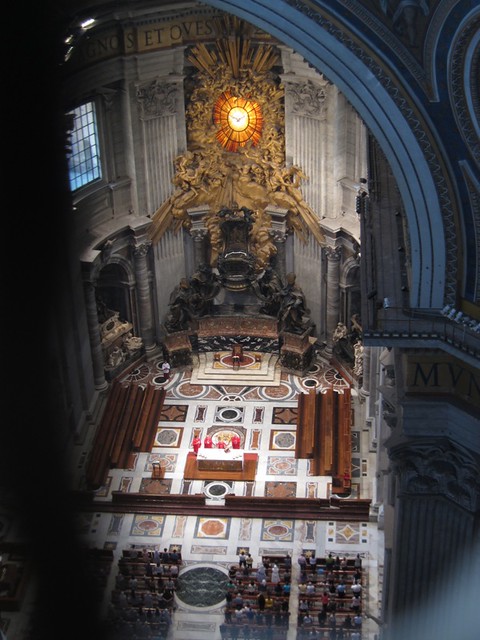 St. Peter's Basilica from the dome 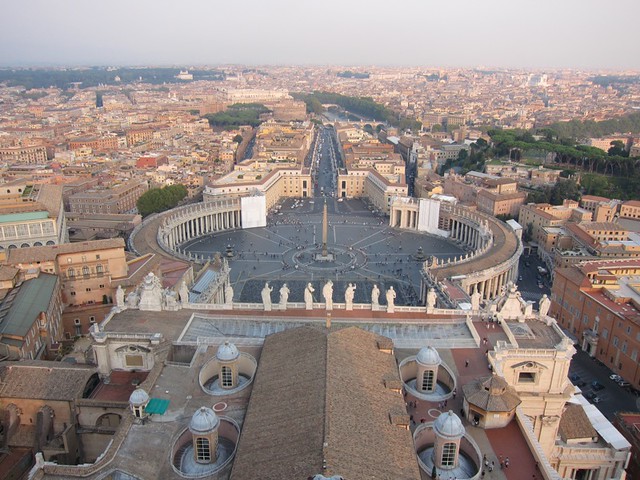 Vatican view from the top 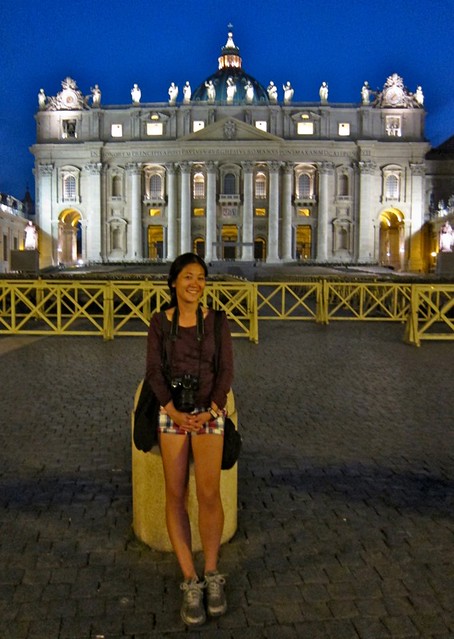 Someone told me once that a lifetime isn’t enough to see Rome, but also, you can see it in 3 days. I chose the later option and stayed for 3 days. :) I also saw the Pantheon which is an amazing building. I visited some of the beautiful piazza, including going back to Piazza Venezia.