Worldwide Photo Walk is the world’s biggest annual photography event organized by photographer and photoshop expert, Scott Kelby. The idea is to have a group of photographers in every city to shoot an interesting area of their choice, and then socialize afterwards in a restaurant. The uniqueness of this event is that it happens simultaneously everywhere in the world at a particular date – this year, it happened on Saturday July 24, 2010. In effect, we take a picture of the “whole” world in the same instant. The Kelby group makes the event sweeter by giving away prize to the “best” photo chosen by Scott Kelby.

Maybe my photos are not so good, that’s why I deleted them from my Flickr account. I can’t remember so I am now replacing photos taken with LCA+ & film which I just have developed a month ago (9 years later) – update 2019 September

Pre-registration is required to be eligible in the contest but registration is free! There were total of 1111 registered groups and over 33,000 registrants. But in reality, I think there may be more participants than those who registered. Since this is more of a social gathering, people who do not make it to the registration were also invited to walk with the group.

The event is on its 3rd year and the group gets bigger every year. Last year, I walked with the group in Tondo lead by FPPF’s Tristan Yap. This year, I lead my own group in Quezon Memorial Circle in Quezon City.

The month of July is the beginning of monsoon season in the Philippines. While the news reported low level of water in Angat Dam, rain had been falling incessantly in Metro Manila the past weeks. The afternoon before the walk, buckets of rain threatened me to cancel our walk. But I emailed the walkers that the walk will push through – rain or shine – and suggested they be prepared with sunscreen and raincoats.

There is indeed a photo god!

July 24, 2010 at 7am, my friend Beth and I arrived at the Quezon Memorial Monument greeted by blue sky and sunshine. There were already a small group of photographers by the foot of the monument. We did our small introductions and shortly went ahead to take advantage of the shining sun. By 7:30am, our friend Denise arrived and the 3 of us started our photo walk. By 9am, I saw more photographers shooting around the Elliptical Circle

Living in Quezon City for almost 20 years, I’ve never been to Quezon Memorial Circle for its shady reputation as drugs and prostitution joint. But I’ve heard about the clean-up made by the mayor and decided it is a good place to have the photo walk.

Quezon Memorial Circle is a national park in Quezon City built in memory of former commonwealth president, Manuel L. Quezon, the popular landmark being the 66 meters tall monument of 3 vertical pylons. At the foot of the pylons is a 2-storey Quezon Memorial Shrine and Museum that houses some artifacts and a mausoleum for the remains of President Quezon.

By 10:30am, the group converged at Serye restaurant to have late breakfast and exchanged stories. It was a perfect laid back place with very good siphon coffee! I was happy to count over 20 people and see them became friends because of this walk.

It was noon time when we bid goodbye to the group as we have another event to catch. 5 minutes after we got into the car, the ocean fell from the sky! 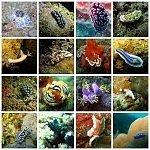