They told me that one of the biggest festival in Costa Rica is the Festival dela Luz in San Jose. I think it usually falls on the 2nd Saturday of December as it marks the beginning of Christmas celebration here. The celebration will continue with various activities weeks to come including a fair, a traditional carnival, and a horse parade. It’s really nice since this year I’ll not be home for Christmas where it’s a really big deal.

Paseo Colon, where the hostel is located one block away, had been really busy the previous week. They paved new asphalts on the road and many collapsible grandstand were put up along the whole stretch of Paseo Colon. As I didn’t work this day, I took a walk after breakfast to see what’s going on. I got confused a little when I saw that people where already camping along the sidewalk as I was told the parade starts at 6:00pm. And with the number of people already there, I’d say they started way earlier. They had blankets, chairs, picnic baskets, and various paraphernalia.  By noon the stretch of Paseo Colon to Avenida 2 were filled with people. There were sporadic groups marching the street but mostly advertiser giving away freebies. 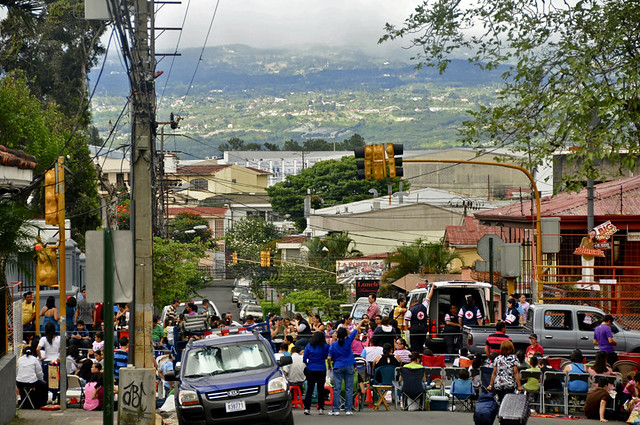 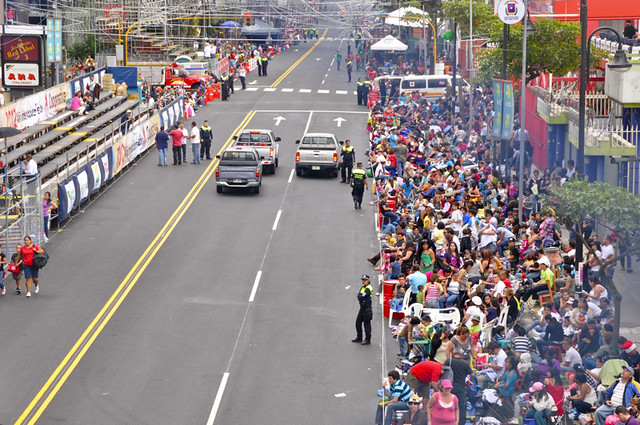 People from the hostel went outside to witness the fireworks that set off promptly at 6,00p.m.  At first it was just ordinary display in the sky but I really like the ending when fireworks blasted horizontally from out the windows. It was really nice. 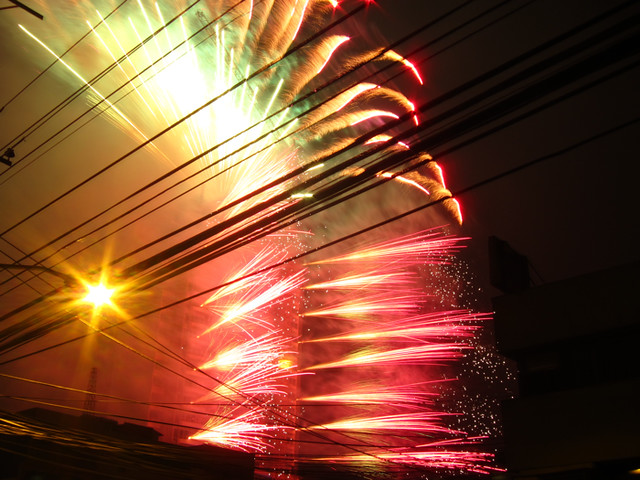 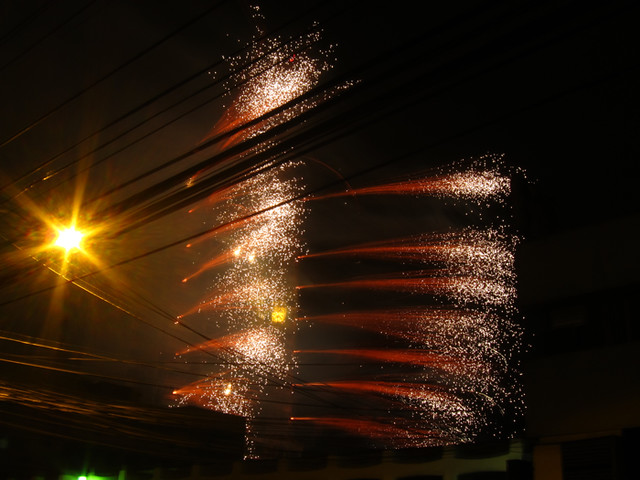 Then we decided around 7,30 pm to check out the parade and wow, there street was packed with people! I read that there were a million spectators in the street last night. Lucky for them it didn’t rain because it did the day before and today. I was able to catch a glimpse of some of the floats and was surprised that they were so grand and beautiful! But they were moving so slow and we didn’t have a good spot, so we didn’t stay very long. We decided to go into a bar where they’re watching the parade live on television. It’s like having a front row seat too. 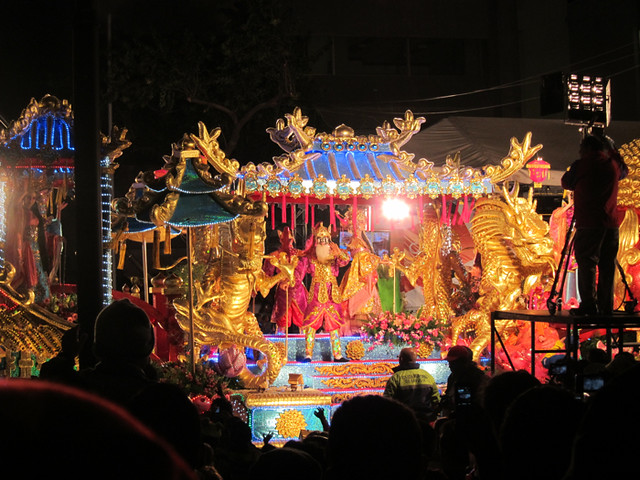 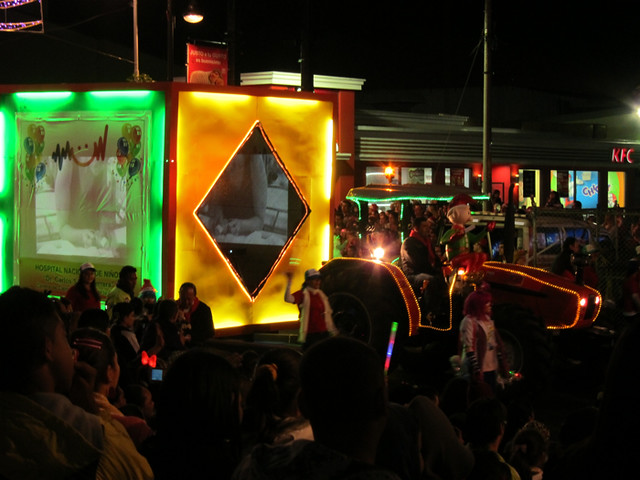 The Festial de la Luz originated in 1986 when the city of San José organized the first parade of floats and the best marching bands in the country.  I was told that the show gets better every year. 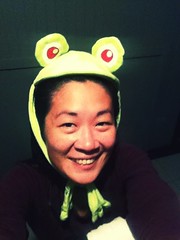 This is me with the freebie I was able to score from the parade. It’s from Kolbi the biggest communication company here in Costa Rica. I’m using their prepaid sim card here. :) 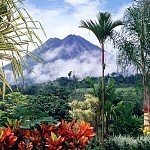 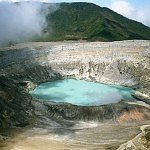 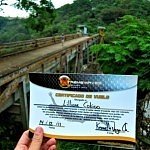