I have to admit that I didn’t really have concrete impressions of Netherlands before coming. As a kid in school, I related Holland with the wooden clogs, milk maids, holland tulips, and windmills. I learned of their legal prostitution, weeds, and coffee shops. Also that Holland is the wrong name for Netherlands although it’s very popularly known as that in many countries. Anyway, somebody forgot to tell me about the bicycles! Oh my, they are everywhere!!

There were plenty (of bikes) in Cambodia and Japan, but here, they’re all in your face! I was not able to take a photo when I was in Rotterdam, but there was a 4 level parking for bikes and it was so jam-packed that I thought it was a junk yard for retired bikes! Wrong.

34 Million Bicycles in the Netherlands

In the Lonely Planet that I was holding, it mentioned a famous saying that goes: “God created the earth, but the Dutch created Netherlands.” Apparently, since a big part of their land is situated less than a meter above to 6 meters under the sea level, they built dikes to protect them from floods (remember the story of “The Leak in the Dike”?).

They’ve also reclaimed much of the land from the sea the past 100 years. As we (or I) always have farms and cows and tulips in mind when we think of Netherlands, I never associated them with modern technology and superior civil engineering. The tram that serves as public transportation is very modern and construction is on going everywhere; roads, bridges and new buildings, within the city and outside. It’s truly impressive! Typical Dutch Buildings along the Canals

Netherlands is beautiful! I didn’t expect it to be. It’s different and nice. I really like the colorful darling houses with big rectangular windows along the canals. And ohhhh.. the canals! I love them! Especially in Amsterdam, where there are roads, along side them are the canals. They are beautiful in daylight and look so romantic at night time.

More on the Amsterdam by Night. This is their National Museum of Art and History. It was not that big and can be finished in about 2 hours (well, I did). Unfortunately, they do not allow picture taking inside so I have to recall details from memory, which if you know me well, would not make you very hopeful. Thus, the website link. ;)

I remember starting with the history collection showing many artifacts from the past, but not a trace of the Spainish colonization, he he. I always love to see Chinese influences in different culture, I guess more so on faraway land like here, so I really enjoyed the display of porcelains brought in by Chinese traders and how the Dutch later made replicas when the trading was stopped, complete with the same oriental designs. I also love the 17th century huge doll houses which were hobby of young women of wealthy families in Amsterdam. The details were amazing and I believe they even commissioned real architects to do them. Finally, the large collection of paintings by some famous Dutch painters like Rembrandts & Vermeer.

Painting is my most favorite form of art. I don’t claim to be in the know because I never studied them, not refused to, just never did. When it’s pleasing to my eyes, then I like it. A friend and I were discussing one time that maybe it’s ok to be ‘not in the know’, as then we have genuine reactions and emotions. For one would surely be influenced by experts once you studied them, non? So then do you like a painting because every expert says it’s perfect and beautiful, or does it move something within you? Rijksmuseum in the Center of Amsterdam

I always find Van Gogh’s paintings interesting. I used to look at them and think that they’re not so difficult to replicate as they’re almost like of a child. But I do like them. I love the colors and the serene feel one gets looking at them, well, those popular ones like ‘The Starry Night’ at least. I’m glad to be able to visit Van Gogh Museum in Amsterdam for it doesn’t only showcase a lot of his work, including many popular paintings, but also chronicles the life of Vincent Van Gogh through his works and letters to his brother and friends. Now looking at his works is a little more personal. I saw some of his earlier paintings and learned that his style transcended, his older paintings were more realistic and detailed. It’s a shame that he died a poor man, having sold only 1 of his work during his lifetime. But we were cooking up a conspiracy theory that he could have faked his death and was actually living on his life’s work. He he. I was dissappointed though that “The Starry Night” was not there since this museum has the biggest collection of his work. I found out later that it’s housed in the Museum of Modern Art, New York.

I always like to stay in the city center, but check out this list of places to stay in Amsterdam for more options. 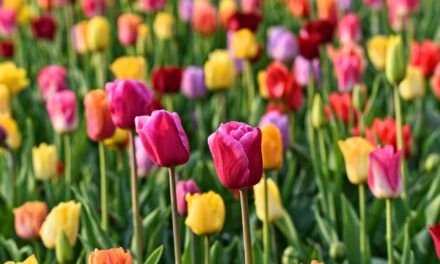 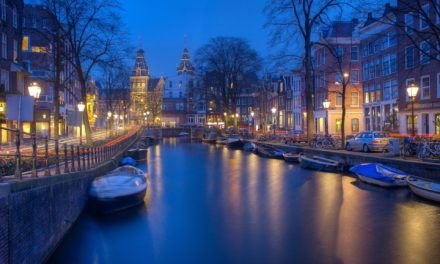