“Those are not dolphins. They’re orcas.”

You know, killer whales! That’s what our Kiwi neighbor said when we told them we’re going swimming with the dolphins circling around the strait.

In December 2015, my girlfriend Stine and I got ourselves to Urupukapuka during our 5-month trip in the Pacific. Urupukapuka is a small island (but the largest) in the Bay of Islands of New Zealand.

The day before we picked up a double seater kayak in Paihia, the main tourist town of the Bay of Islands, for our 5 day camping. We paddled from Paihia to Urupukapuka in superb conditions and then set up camp in a small cove less than 5 meters from the beach. Our only neighbor was a kiwi family with 3 kids who were also enjoying the lush and peaceful surroundings.

We were enjoying our breakfast with the view of the bay when we spotted a lot of back and tail fins. Thinking they were dolphins, we quickly finished our breakfast, hurried to our kayak, to the water, hoping to get a close encounter with them. That’s when the the Kiwi neighbor told us they were not dolphins, sillies. They’re orcas, you know, killer whales. Orcas and the beach we camped on in the background

No  Orca Attacks on Human in the wild

We did a little research about close encounters with orcas in the wild before. And according to the article we found, there were no documented attacks on humans by orcas in the wild. Hopefully it’s not because they leave no witnesses! But whatever, with that in our mind, we headed out to the pod!

As the orcas were just 200-300 meters from our tent, we quickly reached the group of orcas in our kayak.

It was a huge pod of about 12-15 orcas hunting rays. They were hunting in a large area and we soon found ourselves in the middle of the widespread group. When they found a ray, they brought it to the surface where a couple of orcas would share the prize.

The orcas were concentrated on hunting rays, they didn’t pay much attention to us at first. So we just sat there observing in awe in our kayak. Because of that, I was caught off guard when the orca surfaced right behind me. The killer whale exhaled a large breath of spray as it surfaced and I screamed like a little girl. I never knew I was capable of such high pitched sound! The Orca Exhaled a Large Spray of Breath as it surfaced

The orcas were now intrigued by the 2 land mammals in an orange kayak, they started coming closer to us at intervals. They came one by one or in groups of 2 and 3 to check us out. I imagine that the small groups were females with their calfs because of the size difference. We also noticed a very large male with its huge dorsal fin raised high in the air hanging out at the outskirts of the group. It doesn’t seem like it was participating in the feeding.

It was quite overwhelming being the center of attention that Stine wanted to go back to shore. I reminded her that the orcas around us were resident orcas, which only fed on fish (crossing my fingers behind as I said that). She was still a little anxious so I asked her to grab the camera and take some pictures. Up until then, we were enjoying the view from the kayak without taking any pictures. Having something to do calmed her nerves and she agreed to stay where we were.

Just before she started shooting, a female orca breached 10-15 meters in front of us. The entire body of the orca was out of the water! The orca was facing us and as it hit the water. It swam towards the kayak, then turned its side to get a good look at us! I could both see and feel the orca staring at us. We were frozen on our track as it went under the kayak. We were awestruck as well as a little shaken by the experience. The Orca came charging towards our kayak while making eye contact

The orcas continued hunting within a radius of about 100-150m, and also came back to check us out from time to time. We soon got used to them so I didn’t scream like a girl  anymore when they surfaced with spray right behind us again. It all happened at their will and we didn’t do much besides turning the kayak to get a better look. We didn’t approach them as we didn’t want to disturb them. We sat and enjoyed the amazing view of orcas romp about in the water in the beautiful surroundings of the Bay of Islands. Group of Orcas around us

After about 2,5 hours the pod started moving on. That’s when we noticed the big male orca. As the pod started to move on, the big male orca did a 90 degrees turn and headed straight towards us. I told Stine it was coming to us and that we should turn the kayak so that we were parallel to its course. The big orca with it’s huge 1,8m dorsal fin raised high in the air came very close to us. Every time it surfaced we could see its small eye looking at us, as if trying to figure out what kind of clumsy animal we were.

In the background we could hear a guide on one of the dolphin watching boats saying, “You can see the BIG male right behind the kayakers!” The BIG male orca getting too close for comfort

Stine had been taking pictures continuously, but when the orca was right next to us, she turned her head away — out of sight out of mind. I thought it was amazing being this close and I urged her to get the full experience. She turned to face the orca again and shot a few more pictures.

The male soon followed the pack of orcas as they went away. They were way faster than we could paddle so we paddled back to the beach and relaxed.  What an overwhelming experience. It was without a doubt the greatest wild life experience of my life! Urupukapuka beach we camped on Stine on our camping site Mikkel is a friend of mine from Denmark. We met diving in Malapascua where he and Stine were training to be a PADI Dive Master. They’re a couple who travels too much. Read their adventures at Travel Diary of Mikkel & Stine: Philippine, New Zealand & Australia 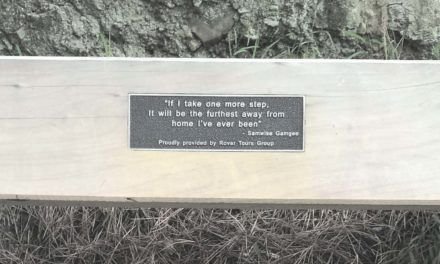 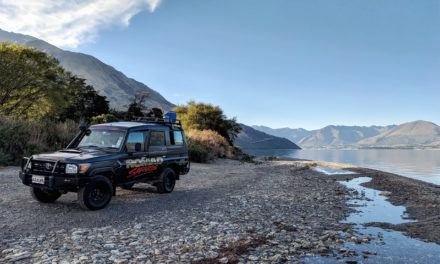