Guam probably doesn’t immediately comes to mind as a scuba diving destination, but when you think of its geographical location; it being an island in the Pacific, you can guess there’s probably some really good reefs for diving. And because of its position during WWI and WWII, its water is like a museum, keeping many wrecks from both World Wars. That explains why there are over 20 dive operators in this tiny island of only 544 km².

Guam’s Apra Harbor is the area where you find several wrecks. This area is protected and the wrecks are quite intact; no looting. If you have time for only one dive, I highly recommend diving Guam’s coolest site, the wrecks of the SMS Cormoran and the Tokai Maru.

The SMS Cormoran II was a German vessel that was sunk by its captain during WWI before he and his crew surrendered to the Japanese. He set it off with explosives sacrificing 6 of his men on April 7, 1917. This year 2017 marked the 100th anniversary of SMS Cormoran II sinking. And this is the main reason I was invited by Guam Visitors Bureau, to take part in the celebration and of course, part of it is diving the SMS Cormoran.

The Tokai Maru was s Japanese cargo ship under contract with the Japanese Navy during World War II. It was damaged and later sunk by a US submarine on 1943.

The wreck of the SMS Cormoran II rests 39 m (130 ft) below the surface on her starboard side. The Tokai Maru leans against the Cormorans screw. This is the only site in the world where you can touch 2 ship wrecks from different world wars! How cool is that?! 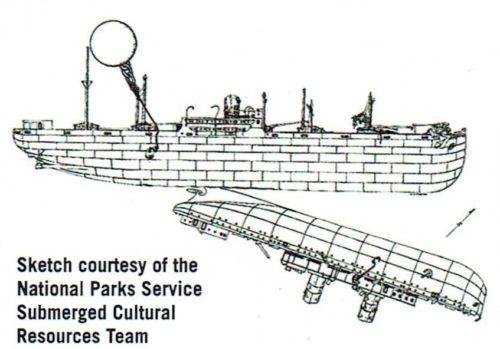 Our dive was scheduled at 3 pm with the Micronesia Dive Association (MDA). MDA is a PADI 5-star dive shop and one of the first dive shops in Guam. I didn’t bring my gear because we were only doing 1 dive. I brought along my mask, Gidget’s computer, and GoPro.

Haven from GVA drove us to MDA earlier to pickup our rentals. The anniversary dive costs 61$ per person. We got a loot bag that contains 2 tshirts, stickers, and a dry bag. There was supposed to be centennial coin but we registered late, so we didn’t get one.

Team Arte: Haven, Angel, ME, March (Carmel not in photo) on MDA boat

IT’S NOT DIVING IN THE PHILIPPINES

You know you’re not diving in the Philippines because you have to do everything yourself. We had to get our tank and rentals from dive shop, then bring them to the boat at Cabras Marina. We then have to carry our stuff and setup ourselves.

Some of you could be reading this and think, “wft? who do you expect to do that for you?” But if you’ve ever dived in the Philippines, you’ll understand why my thought was “wft? we had to do everything?” Lucky that I have Angel who is super nice and did the heavy liftings for me. Lol.

That’s just how it is in the Philippines, haha. This throw-off some divers who dove outside the Philippines for the first time. That’s why I’ve written this Filipino Divers’ Guide to Diving abroad.

We were a total of about 16 divers. I thought it’s going to be all media boat, but turned there were only 4 of us (2x Philippines 2x Korea media). I later learned that many of them were local residents and some were regular tourists.

The safety was discussed first at the briefing. Everyone should dive with a buddy at all times. No one surface or dive alone. Those who came solo were paired with another diver. Then they went on to explain the dive site and how to go about it and other tips like finning gently to avoid silting up and ruining the dive for everyone. It was halfway through the briefing when it dawned upon me that we will dive without a dive guide.

I’m not scared. We dived ourselves all the time while I was sailing with Infinity Expeditions, but I wasn’t listening very well just then, thinking that there’s gonna be a guide leading the dive. I’m honestly not the best at navigation, so fingers crossed, Angel was being more attentive. But anyway, there is a line (rope) that goes straight to the Tokai Maru, so it’s not like we’re going to miss the wreck. But I do want to have a photo between the 2 wrecks. We were told it was at around 21m (70 ft). 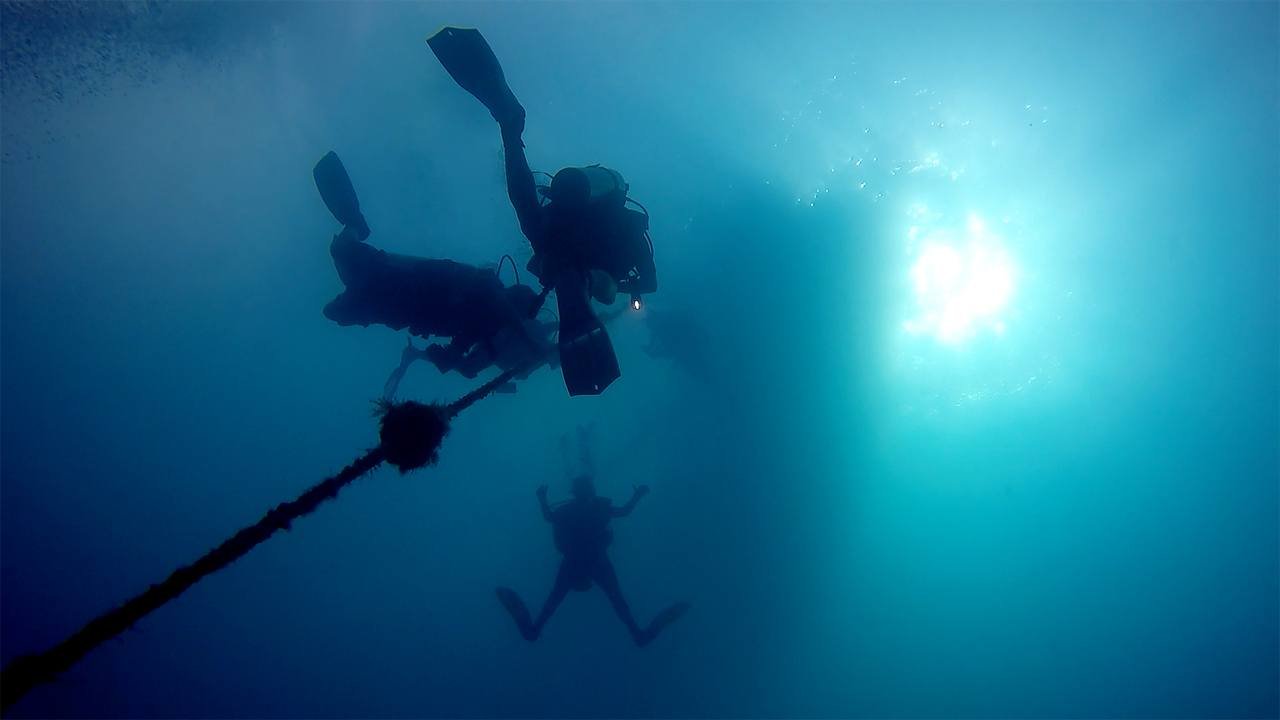 So 2 by 2, people giant strode to the water, fin to the line and descend. Our turn came and we jumped in. As expected, the visibility was bad (about 5m).  It was at 12m before the boats became visible, meaning we’re already beside it. Because there were no current, the viz shouldn’t be this bad, but maybe the divers who jumped in first caused the silting up.

When we got there, I couldn’t remember if we should go left or right or back. I thought I’ll follow other people but the viz was so bad we couldn’t see anyone. Then we saw a couple but they looked like they didn’t know where to go either, so we carried on. There was no current but there’s a bit of swell from the crossing boats, I think. Finning isn’t so easy. It feels like when your running in your dreams; you can’t move as fast as you want.

We then came to the bottom. I checked my computer, 130 feet. I was using a borrowed computer that was set on feet. Eeek! This is not where the 2 boats meet, so we slowly ascended. Angel was busy shooting with his camera and is always a few feet above me, causing me to look for him constantly. But the good thing is I have a lot of photos of me taken by him. So most of the photos I’ll post of myself are obviously from his camera.

Then I saw a smaller boat where this boat we’ve been diving along was leaning towards. Yay, this is it, I happily pointed to Angel. The 2 boats are not actually touching each other. Despite my long arms outstretched, I cannot touch the 2 boats at the same time. What I can was used my GoPro GoPole as extender. The ships were penetrable so we did some swim through, but did not go too deep inside, for fear of getting disoriented or lost. We also did not touch anything although the doors and hatches were inviting. I would like to go back with an experienced guide to go explore the wrecks.

Shortly Angel signaled 500psi, so we ascended to do our safety stop. Getting on the boat, we had to report our dive time, max depth, and remaining air. Our total dive time is 30 minutes, my max depth was 130ft. The dive was pretty deep although we did not stay at 130ft (39m) at all times. It’s for sure better to dive this with Nitrox. 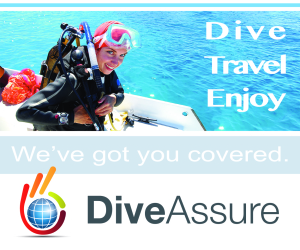 Our 100th Anniversary Dive was done through the kind invitation of Guam’s Tourism Board. All the diving photos with me in it were taken by @theLakwatsero and were used with his consent. 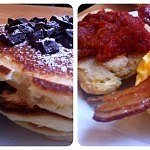