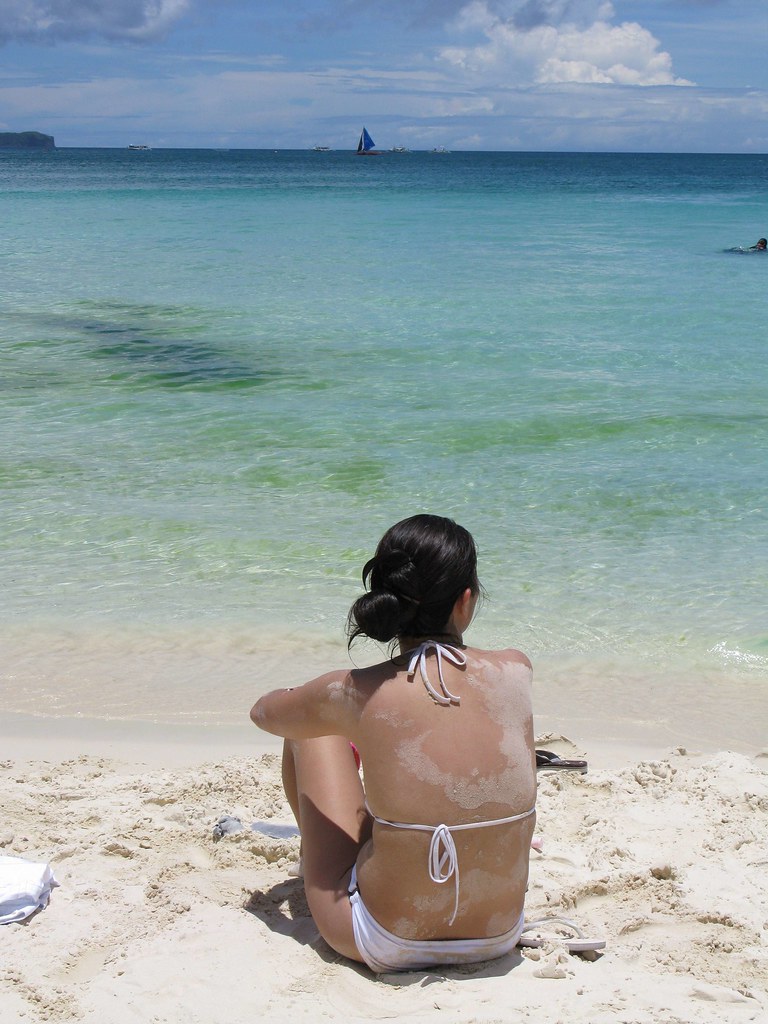 Our flights were booked months ago and for the life of mine, I can’t recall why we got the 5:30am one. I went to sleep at 1:30am but was up again by 3am to call for cab to take us to the airport. By 4am we’re at the domestic airport thanks to our schumacher driver. By 7am, we were sipping our welcome drink at Boracay Regency. Check in time was at 2pm, so we dropped our bags and head towards the beach.

Boracay never disappoints. It doesn’t matter how many time you’ve been there or if it’s your first time, it doesn’t matter that it has been so hyped about by everyone who had, you go out there and the scene will guarantee to take your breath away.

Or perhaps we were just lucky, for we’re told that there was storm until last night. Candie and Girlie got henna tattoos. Girlie also got her hair braided. Et moi, I’m just content to lounge on the beach and play with my new toy-Canon G9. :-) 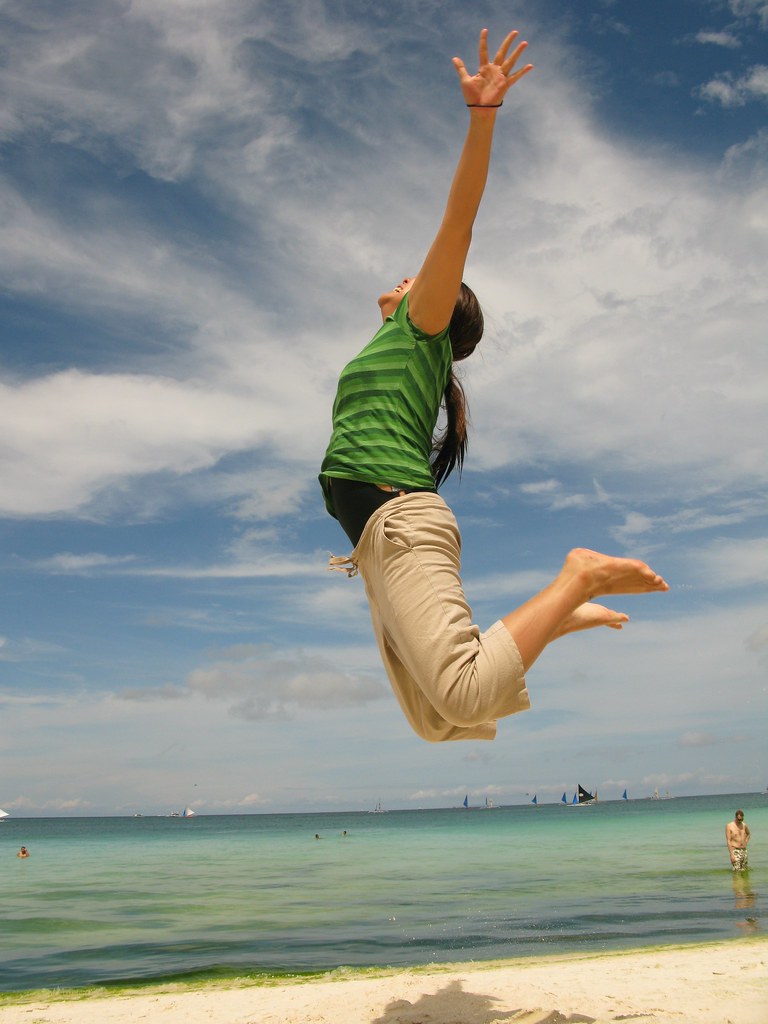 Our big group got bigger when Steve and June arrived the next day. Pincky, Chikara and friends (Patty, Jeffrey, Koji, & Mari) arrived a few hours after we did, makes them sensible people. And the resident Bora nomad, Andy, makes 12.

It’s challenging to be in a big group. We’ve to find activities everyone agreed to, even if we all claim to be easy going. ;) Andy suggested outrigger sailing, none of us ever been on a boat with no motor before, so we went for it. I was really excited for the new experience. The weather was gorgeous, as were the scene. It was really fun especially when the current gets wild and splashes water into our faces. We took 2 boats with 6 people in each. We’re no sailors, obviously, each boat has 3 boatmen who did all the work. We were just sitting there taking in the wind and sun in our faces. 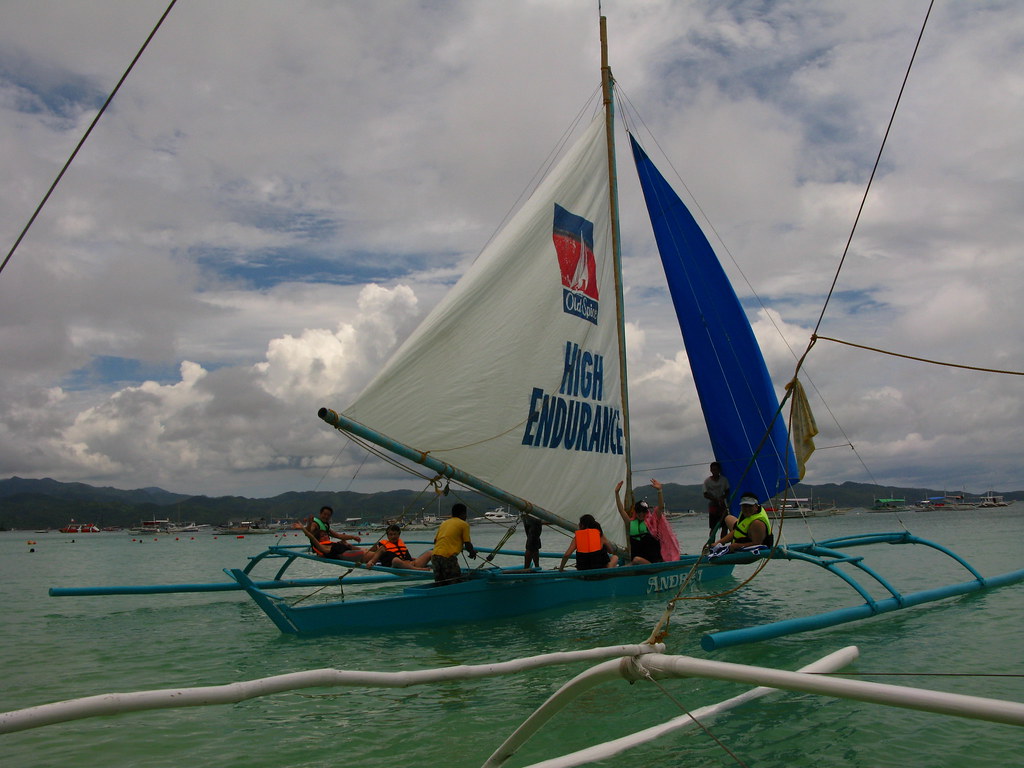 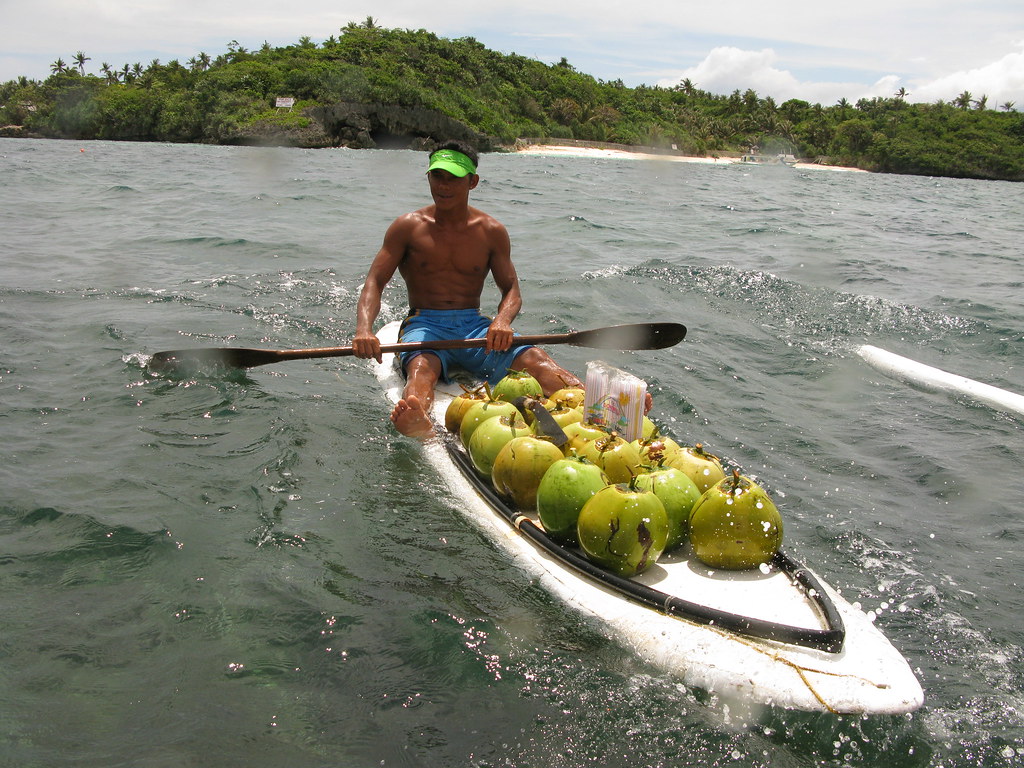 We stopped mid-sea to do little snorkeling–well, it’s not a fantastic site, but I got to test my UW casing. The current then was a bit strong and Girlie, holding to the rudder, broke it. Lol. So we spent nearly an hour waiting for it to be fixed, with an oar and ropes. This is probably when we were baked brown, with no shades and all. 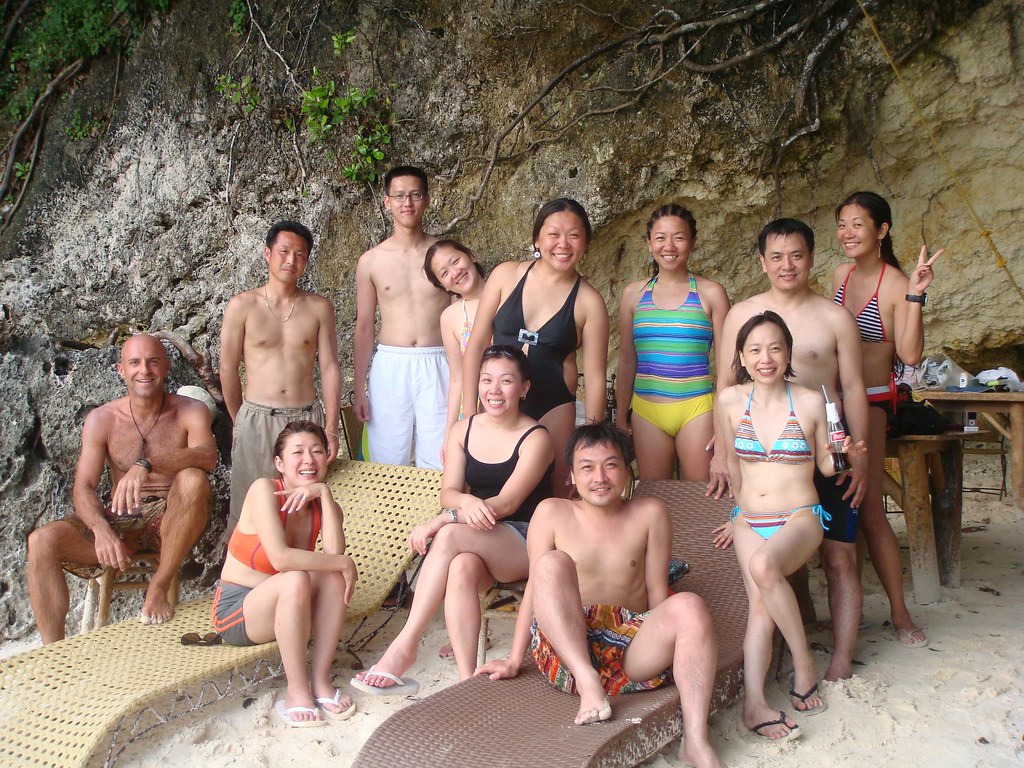 Later we sailed to a secret hideaway called “Baling Hai”. It’s this quaint pocket of a beach in the mountain that is a bar and restaurant. Food is not great, but it’s a pretty interesting stop. We feel very much like the Lost characters in it. :-) Did a bit of snorkeling but the most interesting thing I saw was a big blowfish where I followed it to it’s little cave. After our late lunch, we sailed back to main island… with the famous Boracay sunset as our backdrop. Life’s a beach. 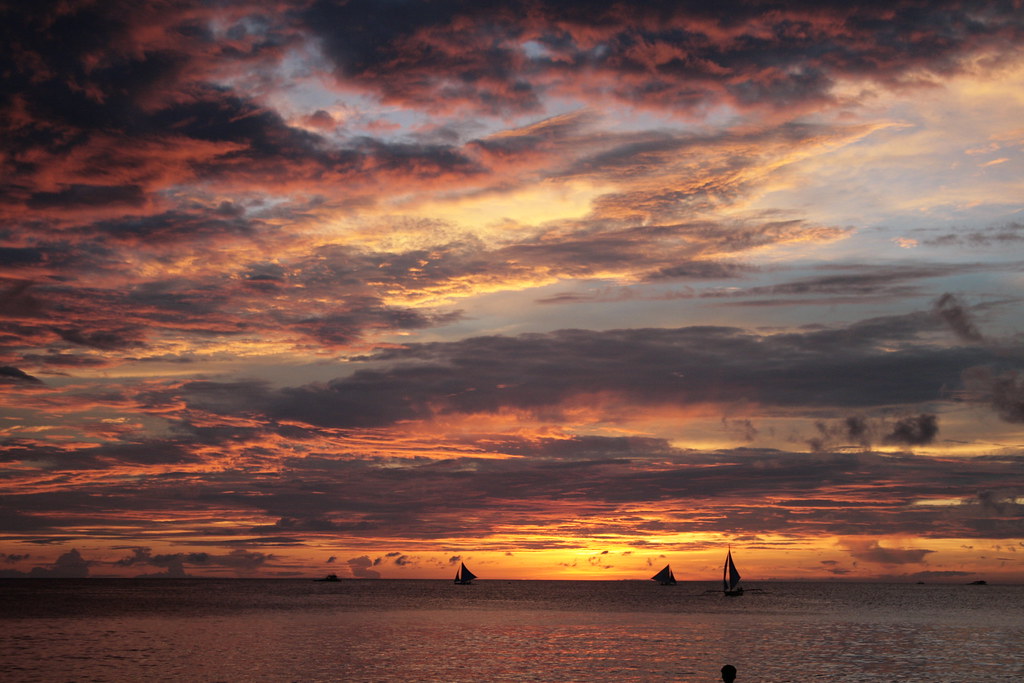 If you’re having too much relaxing in paradise and area ready for some action, consider back-braking, bone cracking fly fish! This is what we did on our 3rd day.

Jeffrey proposed to all of us a challenge: He’ll pay for whoever doesn’t fall of the flyfish. 20minute ride costs P600 per person. 8 takers boarded 2 fly fish. I was a bit nervous because I’ve always been a weakling, with weak grip and wrists. But then we were wearing life vests so I’m not really worried. I had sunblock all over my hands, so 30 second into the ride, I fell off! Lol. It was one of the most exhilarating experience ever!! I fell 2x, June 3x, and Jeffrey & Patty 1x each. Only Chikara on the other flyfish won the Jeffrey reward. :-) 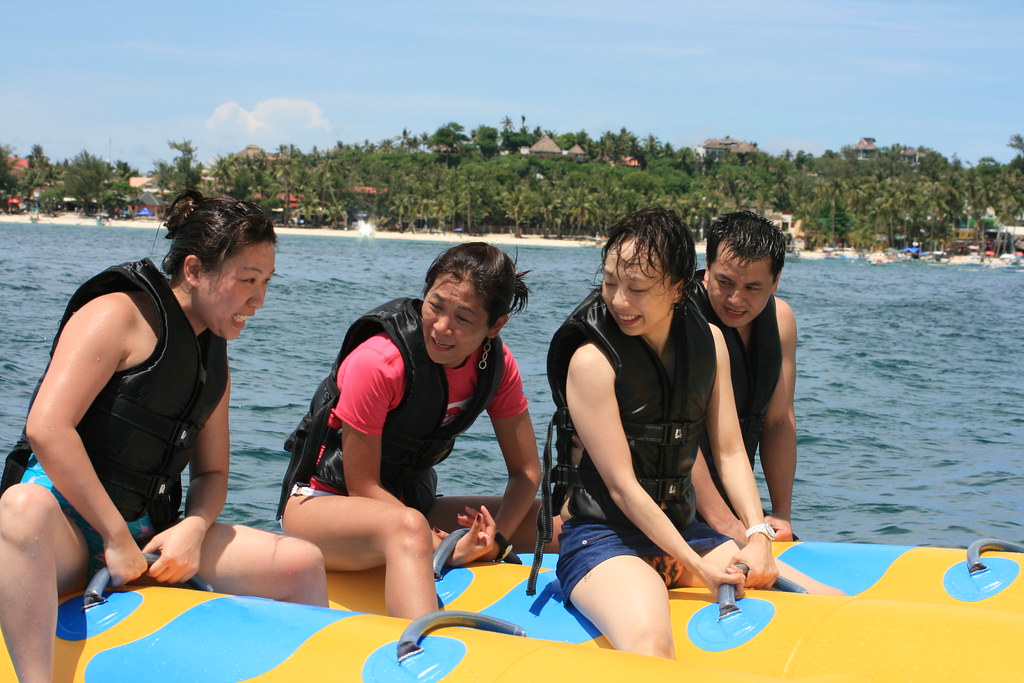 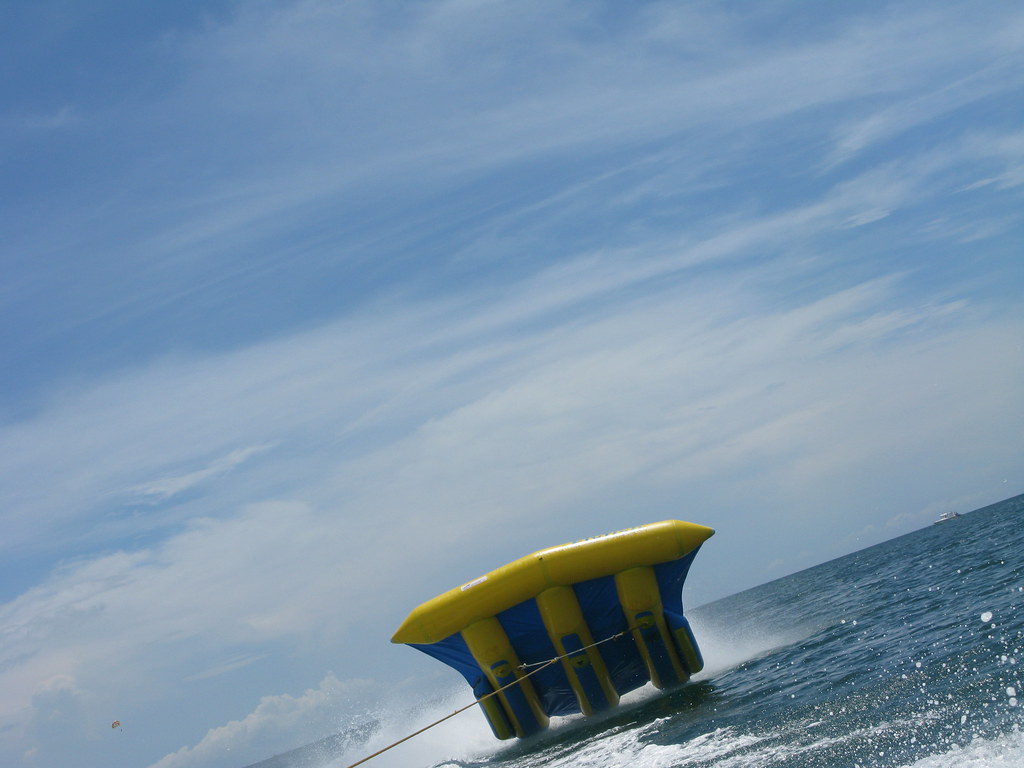 Due to the late (and heavy) breakfast (buffet), we just lounged around the pool side — sleeping, swimming, nipping Andoks manok. We ordered for Yellow Cab Pizza but finally have to moved our asses to the beach because we’re not allowed to eat (non hotel food) at the pool. I’m glad actually because it’s our last day and I really rather hang out by the beach. 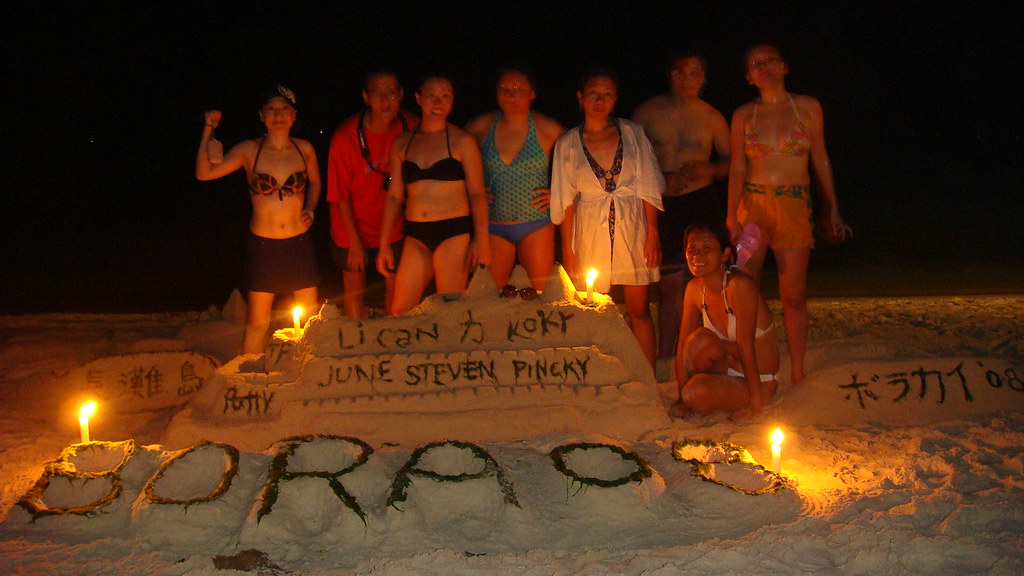 Chikara went collecting Bora sand in a bottle to bring home as souvenir, and then someone started digging sand with an ambitious dream of building a sandcastle. The famous Bora sandcastles are less frequent this time, we heard that it’s being discouraged because they’re taking so much beach space. Anyway, soon most of us are involved in the sandcastle building. And even without a building plan, the sandcastle somehow took shape of its own! So it’s not gonna win first prize in a competition, but it is our own and we’re really proud of it. Ha ha. We even marked the castle with our names (and outlined with seaweeds, in case you’re wondering what we used to write charact
ers). It’s pretty amazing especially when people came and asked permission to take photo with it. We didn’t get any tip though. 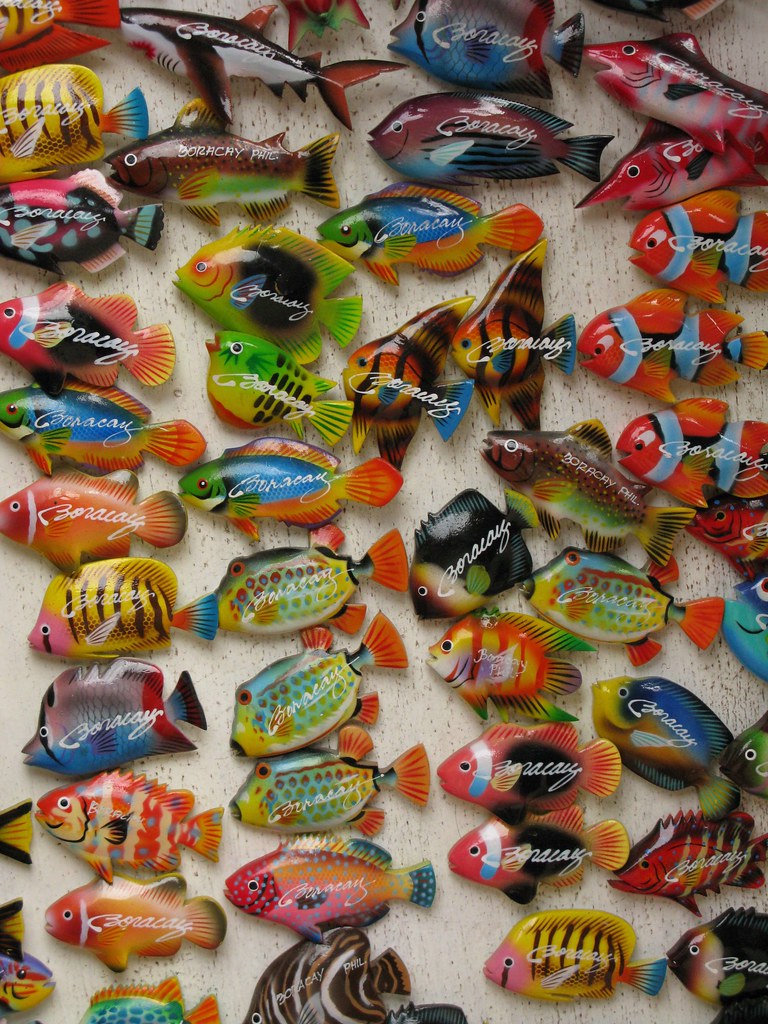 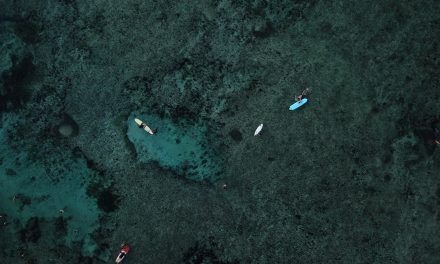 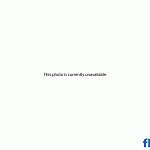