I’ve gotten very nationalistic since I became a serial traveler.  I’m a Philippine ambassador when abroad, promoting the Philippines every chance I get and inviting people I meet around the world to visit the Philippines. I’ve also actively work with the Philippine Department of Tourism since 2011 in promoting Philippines as a dive destination.

That is why it angers me so much whenever I hear local news of tourists being scammed or that incident in Luneta that involved a bus load of tourist from Hong Kong and a stressed out policeman. But however mad I was, I never used social media to vent my anger. This is because I didn’t want to humiliate the Philippines to the world, as I have a lot of friends from around the world, literally, and potentially turn people off visiting the Philippines. But, A young tourist, Lane Michael White spent 5 days in jail because bullets were allegedly found in his checked-in luggage in NAIA 1 hit the news on Sept. 24, 2015. Several days before, Sept 19, 2015, Filipina Balikbayan, Rhed Austria de Guzman, told her horror story on facebook on how bullets were found in her bag at the security check in NAIA 2. She was allowed to pass for mere 500 pesos. The post was shared over 70,000 times. Rhed was on a wheelchair!

I’ve heard of airport extortions, but this brings the modus operandi to the next level. They actually destroy people’s lives. More and more stories are emerging online and this has caught foreign press such as BBC and TIME. It’s been over a month since Lane Michael White’s story broke. What has be done since?

I decided that the right thing to do now is to continuously make noise in the media until the proper authorities and our sitting pretty government busy with upcoming election to do something. If shaming the country they hold an office in and is seeking reelection for is what it takes to fix this crap, then lets be loud and expose them. I bet my passport that there are more untold stories. Here are my stories,

My sister is married to a Japanese national and they live in Tokyo. They both work for a multinational company, which has a branch in the Philippines that is a consistent top exporter. Several times a year, they will be in the Philippine either for work or visiting us, their family. Most of the time, my sister will extend her stay here resulting in my brother-in-law to fly back to Tokyo by himself. He often have these infuriating experience with these airport security lowlife.

These NAIA Airport Security lowlife are found at the airport entrance scanning bags. They are also found at the security area scanning hand-carry before immigration. NAIA Security Scams Underwater Photographers to the Philippines Upon Exit

This story sends my blood boiling!

On the message thread, some photographers shared they just handed money to the security and they were allowed to pass. Some who did nothing, just surrender their batteries. Based on the thread, this is a common experience for divers.  This must also happen to divers from other countries, just that I have not encountered them yet.

This is unbelievable!!! because Philippine Department of Tourism spends so much money promoting Philippines as a destination for diving, like holding annual Anilao Underwater Photo Competition. Dive resorts around the Philippines are upgrading their facilities and services for underwater photographers so they are spoiled and be enticed to come back. Association of Filipino Dive Guides are continuously being trained in the proper spotting to cause least stress to underwater creatures.  Filipino scuba divers like myself promote Philippine diving every chance I get.

And all it takes are some few scumbags stationed at the borders to put all these effort in vain! my setup doesn’t cost a million pesos, but still put a dent in my bank It’s More Fun in the Philippines campaign, photo my friend Stephen David who allowed PDOT to use his picture for FREE

What Can You do to Protect Yourself from NAIA Security Scammers?

Several posts around the internet shares how to protect yourself from this NAIA Security scumbags. In summary though, make sure that you don’t let them touch your bags. If they tell you they found something fishy in your bag, make sure you open the bag yourself so they won’t have the opportunity to plant something in it.

Have you, your family or friends got any experience being scammed at the Ninoy Aquino International Airport? 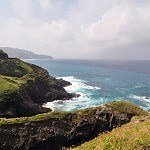 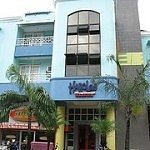