This is the blow by blow account, from where I was sitting, of the recently concluded 2nd Anilao UW Photo Competition Festival. The successful Philippine Department of Tourism (PDOT) event ran from November 27 to December 1, 2014 at Aiyanar Beach and Dive Resort. Read more about the competition

7 years and hundreds of dives later, I’m still as enchanted with the underwater world as ever. And that I also love photography, I dip a bit in underwater photography too.

So when a huge event that brings top caliber underwater photographers from around the world to Anilao, my backyard, you bet you’re going to find me in the middle of it.

Some may remember that I took part in Philippines Dive Seafari in 2011 and the first ever Anilao UW Photo Competition Festival in 2013.  I’m really happy to be back this year.

The 2nd Anilao UW Photo Competition Festival Event kicked off 7am on November 27, 2014 when a group of Korean divers marched in Aiyanar Beach and Dive Resort with their cameras. My co-organisers and I didn’t even have the chance to go back to our half-eaten breakfast as stream of divers continuously comes in. It’s fine as when the stream stopped, it was time for lunch. We were impressed that we have already have a lot of registrants at the end of first day. It was also nice to see many familiar faces.

My role this year, as with last year, is to champion the photo competition. We would register the participants, receive their entries, and finally assist the judges during the judging process.

The persistent rain during the evening didn’t stop the people from partying. It was a merry night of music, dances, and wine. I had a nice time catching up with a lot of people, including a dive buddy from the past; people I met in the festival last year; divers I met during various occasions. And not to mention meeting new friends like Luis Manzano #famousbyassociation. :-) There was the familiar fire dancers, and the surprising and big hit shadow dance performed by El Gamma Penumbra. I was really proud to be showcasing their talent to our international guests. Here is a video I captured with my iPhone. This is the 2nd dance they did with diving as theme.

Shoot out and Fun Dives

More divers arrived on day 2 but it was manageable. And while the participants were in shooting frenzies, Aiyanar Beach and Dive Resort organised fun dives for the judges and guests. I didn’t do any dives this time. I really wanted to oversee the registration and receiving of photo entries as they come any time of the day.

I had plan to join the 4 dive days workshop in Sogod Bay, so I thought I don’t need to do 1 dive in Anilao and get all my gear wet. Sogod Bay didn’t pan out for me in the end, but I can go another time. As for Anilao, like I said is my backyard.

Fun Dives of Judges and Guests with guest spotters from Romblon

One of the biggest draw of the festival are the talks by the judges. It is an opportunity to meet these underwater icons and learn from them. It’s also a great venue for everyone to socialise after a hard day of diving. Many people here knew each other by name through various facebook groups on diving and underwater photography.

Ken gave tips on how to win a photo shootout; Gutsy introduced us to Black Water Diving (although I’ve attended this talk in ADEX); Mimmo showcased underwater treasures of Mirror, Italy (simultaneous translation by Erik & Pietro); and Mike talked about lightning in a bottle, or how to shoot with strobes.  I found these talks priceless. I love them.

Who are the judges?

The deadline of submission is at 10 o’clock in the morning of Sunday, same day as the awards night. People started pouring in the resort as early as 8 o’clock, but we’ve devised a systematic process of doing it and I think we were quite successful in this task; all submissions accounted for.

By 10:30 all entries are in. The participants who have been working so hard during the shootout are now relaxed, doing fun dives, basically just waiting for the revelation night.  The table had been turned for the judges though, for now they’re hauled to a back room for 6 hours where they have to look at over 400 photo entries, 100 portfolios and pick the best.

The process of judging for the 2nd Anilao UW Photo Competition Festival are in 3 parts. First, we take a category in a class (let’s say Compact, Macro), then do a quick look at all the photo entries. Then a slower pass of each photo for the judges to enter their scores. When all photos are scored, we moved on to the next category. After all 4 categories (Macro, Nudi, Behavior, Crustaceans) are done, we move to the next class (Open) where the process is then repeated. I think there are actually more than 3 parts, but whatever. The score of each photo is the average of the 3 middle scores received from the 5 judges; the highest and the lowest scores are disregarded.

Top 10 of each category based on the initial scores are brought out again to be scored the 2nd time. At this stage, the judges can scrutinise the photos; is it in focus at the right places? is it over processed? more importantly, was the subject stressed?  With the same scoring rule, the top 3 winners are chosen.

The top 10 portfolio with the highest total scores (of 4 photos) during the first round are brought out to choose the DOT Photographer of the Year. The portfolios are scored with all 4 photos together. Top 5 is determined by the scores, some deliberation, and finally the winners are declared.

It was a long, eye straining, back breaking process but I suppose it was worth it, because the judges were quite impressed with this year’s photos. It was not an easy task to choose the winners. They had to be super picky because there were so many outstanding entries.

or jump straight to: 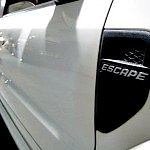