the weekend we survived an amazing race (I) 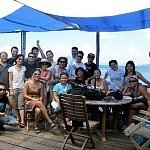 The hours/days following our disembarkation from the pacific explorer 2 had been nothing short of a wild roller coaster ride.

It was almost noon time when 24 castaways emerged from the shore of Outrigger resort drawing curious stares from the weekend divers. You see, as we refused to go home and let it all simmer, they told us we can stay there with full board until tomorrow morning and they’ll have vans to take us to CIA office for our refund. 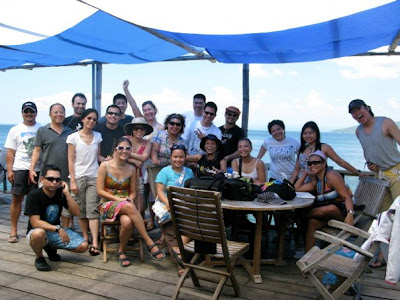 Later we were hauled into the function room for lunch. I think maybe we’re making too much noise telling our tale to their guests, he he. Funny but this gave us venue to plot and plan. One more time, what are our options? do we take legal action? do we report to DOT? MARINA? media? or just take the money and concede? and go back to work on Monday? 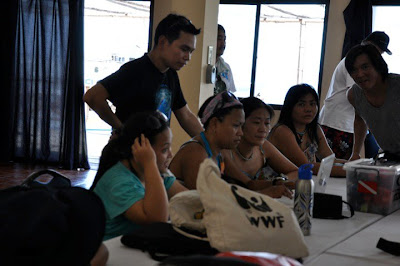 After wallowing for hours, with heavy hearts, it was unanimously decided that we cut our loses and take the refund. I felt really sad that all the fight and passion we bore the night before were washed down with reality check. We’re all passed the age of innocence and aware that David doesn’t always get to kill Goliath in the real world.

Banggigay proposed that we may have a chance to charter a boat, if we pool our refunds. This fed us with a momentary high but quickly found that we would have to shell out 50% more than what we’ll be getting back from CIA, it being a bigger boat.

Disheartened and trapped in a dive resort, what should we do? 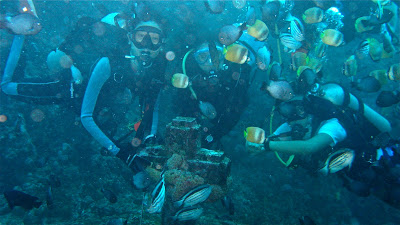 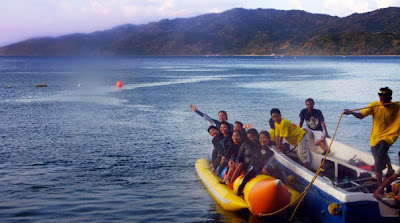 In the midst of all this, I have to commend the crew and staff of Pacific Explorer and Outrigger Resort for their accommodating traits. Gordz did what he believed was his best to compensate and appease us by arranging dives, drinks, accommodation, and transportation. Having said that I believe that if only he’s a bit older and had been with CIA a bit longer, more persistent, more confident, and more courageous in relaying the group’s want to MR. Wee, which in all fairness, were reasonable and considerate, the outcome of this weekend could have been very different. 2010 is his first Tubbataha season with CIA, and ours was his first voyage. He was a bit scared dealing with the reputed antagonistic Mr. Wee.

I thought I would never get over this but after diving and riding the banana boat and laughing so hard with friends, we all relaxed. But not beaten. It would be SUCH a waste to have all this energy and the already planned days off, wouldn’t it?

How about Coron? I’ve been wanting to tick this off my list!

No sooner, Zara was on the phone booking for 12 people. We lost 12 people on the first Survivor cut. But we’re still friends. In fact, I think we’re bonded for life.

That was Sunday evening and we booked for 13:00 the following day to Busuanga. We reckon that should give us enough time to settle everything with CIA. Now, just as you thought that the rest of the night will be spent drinking Monette’s stash of Grey Goose (Geese? as she brought so much!), Stephen announced ABS-CBN Batangas wants to get our side of the story. Waaaah?? Sans make up and all, Vangie, Suzette, and I faced the camera! How exciting can this weekend get right?! 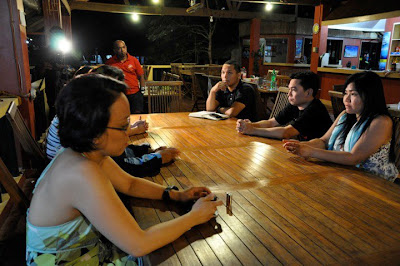 **pictures (except for the water photos) were stolen from Bembong Balgan 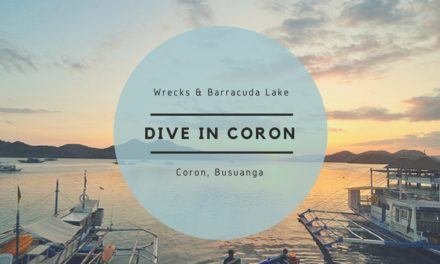 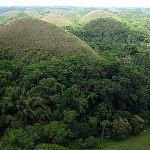